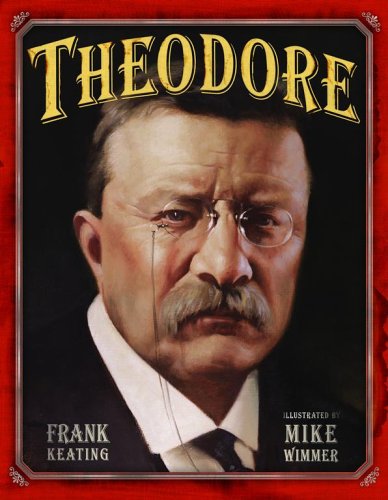 Pairing a lyrical narrative with oil paintings that capture landscapes as precisely as portraits, this distinctive volume provides an accessible overview of the life of Theodore Roosevelt from the team behind . Keating assumes the engaging first-person voice of the 26th president, shaping a personal profile that incorporates actual quotations from Roosevelt. The rich, composite portrait that emerges depicts Roosevelt as an inquisitive lover of nature and insatiable reader. From a rather sickly child, he grew into an enthusiastic participant in many family adventures around the world as an adolescent, a prolific writer as a young man and, in subsequent years, an energetic cattle rancher in the Dakota Territory. He was also a devoted and high-spirited father, a decorated soldier and a dedicated public servant who, at 42, became the youngest man ever to ascend to the office of president (at that time). Occasionally, it may be difficult for readers to distinguish which are actual quotes from Roosevelt and which are the author's interpretation (e.g., "I wrote thirty-five books in all, always celebrating 'the joy of life and the duty of life' "). But Wimmer's ( ) artwork remains photographically clear. His remarkably lifelike artwork gives readers the sense of spying on the president in his most intimate moments, at his desk or with his children, and lends additional dimension to the many facets of Roosevelt's personality. Ages 6-9.