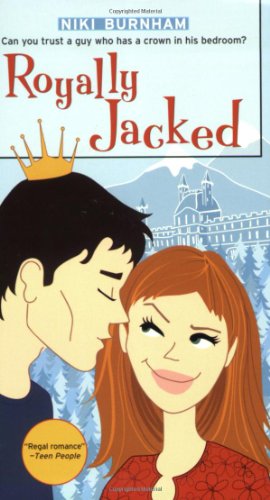 As one of the launch titles in the Simon Pulse teen romantic comedy series, Burnham's Cinderella-like novel throws in a few fun twists. When Valerie's mom leaves her dad for another woman, her father, the chief of protocol at the White House, accepts a new job working for the royal family of the fictional country of Schwerinborg. Valerie, who doesn't want to live with her mom's girlfriend and fears the reaction to her mother's new identity, decides to go along, leaving behind her friends and longtime crush. When she arrives at the palace, she quickly bonds with Georg, not realizing at first that the "mesmerizing" teen is actually a prince. But although he kisses her when they're alone, he ignores Valerie at school. Some of the pop culture references may feel forced ("all this giggling is probably making me sound like one of those bimbettes who goes on "), but Valerie's funny, lively voice reads as mostly authentic, and readers will appreciate the romantic details (including dancing in the palace's reception hall). The lesbian parent subplot and the e-mails Valerie exchanges with her friends back home keep the story feeling fresh (though readers may wish her protocol-minded dad had been played for more laughs). There are enough loose ends here to spark a sequel, and readers will likely want to know what happens next. Also releasing this month in the series, by Cameron Dokey (-86703-4). Ages 14-up.