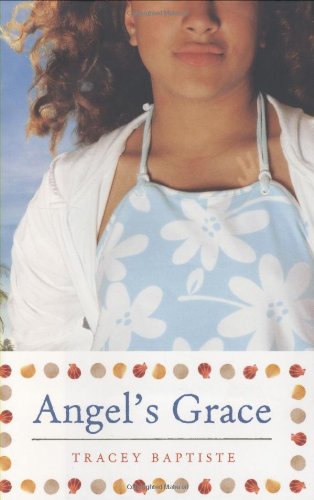 While the plot of this first novel is highly improbable, the Caribbean setting and cast of colorful characters will attract readers who enjoy books about exotic lands and family secrets. Narrator Grace, 13, would rather be back home in Brooklyn than spending the summer in Trinidad at her grandmother's house. But Grace's lazy summer days become more interesting when she meets Raj, the handsome boy next door, and when she discovers an intriguing photograph in her Aunty Jackie's family album. The picture, taken on the beach, shows Grace's much younger parents with friends. One of the men in the photo bears a birthmark identical to the "angel mark" Grace has above her own heart. The red-headed heroine, who has never felt like she "fit in" with the rest of her family (especially her dad), becomes convinced that the stranger in the photo must be her real father (readers may be puzzled by the dust jacket, which highlights neither Grace's red hair nor her Caribbean heritage). She confides in Raj about her suspicions, and the two come up with a plan to track down the stranger. Plot twists leading to Grace's discovery of the truth and simultaneously paving the way to a neatly resolved conclusion, appear preordained if not strained. Nonetheless, Grace's emotions—her resentment of younger sister, Sally, her growing fondness for Raj and her anger over being deceived—come across as authentic. Ages 10-up.