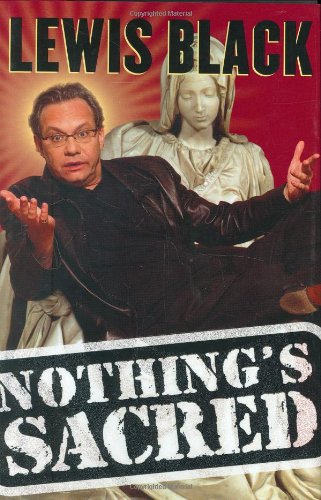 Comedy, pathos and politics intertwine in this occasionally lewd 'n' crude but surprisingly heartfelt memoir. Black, a playwright, stand-up comedian and correspondent, looks back on his youth as a budding nonconformist while delivering comic rants against such tempting targets as Judaism, Catholicism, Protestantism, Halloween, cell phones and Starbucks, and reflecting on his comic influences (a big one, reprinted here, was an obscene satire by Paul Krassner in which Lyndon Johnson violates John Kennedy's corpse). Since Black's worldview, he avows, has not changed much since his 20s, the book centers on his Vietnam-era student days and experiences with a start-up theater troupe. Hilarious experiences with pot and LSD take center stage, but he also recounts his dabblings in radical politics ("I was in the very heart of my youth. And my country was bombing the snot out of a little tiny country in Southeast Asia, and there but for the grace of God, I could have been lying in a pool of blood. It made me want to do something") and the exhilaration of his first dramatic triumphs. These formative years left him with the mouth of a shock-jock and the heart of a liberal, expressed in a profane attack on the anti–gay marriage backlash, an admission that "I like seeing nineteen-year-olds alive and stoned in college" instead of packed off to war, and an appreciation of public works projects that stimulate the economy by building some "Big Fucking Thing." He's no policy wonk, that's for sure—and that's why his many fans love him so much. Funny photos.