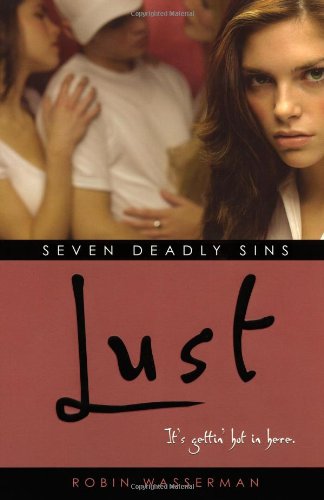 In this launch title of Wasserman's titillating Seven Deadly Sins series, popular high school seniors, including a designer-dressed transfer student from New York City, scheme to win the objects of their affection—even if it means busting up a friend's relationship, or making a bold play for a teacher. Readers may tire of predictable characters and situations: Beth, "the blah blonde," is with jock Adam, player Kane wants Beth, while both sultry Harper and bold Kaia want Adam (Kaia's interest is only temporary—she's really after the new British teacher, who makes a pass at Beth), and sharp Miranda has fallen for Kane. In an unusual twist from the Gossip Girls–style mode, the book is not set in a glamorous city, but instead a run-down California town: Harper has to mail-order her Victoria's Secret underwear and the kids hold a private formal dance–after-party at an abandoned motel. The narrative rotates through the different character's perspectives as they deal with their love lives and resulting complications (including scheming, feuding, cheating and, in Miranda's case, bulimia). The narrative brims with gooey romance-style passages ("She could reach out, take his hand in hers beneath the table, massage his fingertips and then press him against her body, so hungry for his touch"), and will likely appeal only on a guilty-pleasure level. Ages 14-up.