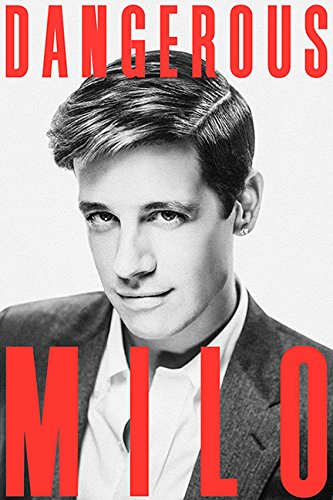 To know author Yiannopoulos is to expect an over-the-top, self-promotional book, and his debut is just that: “I’m far too hot, popular, and quick-witted to be disappeared by outraged op-eds,” he writes at the beginning before going directly for the elephant in the room, the controversy that cost Yiannopoulos his contract with Simon & Schuster and leads him here to write, “I do not condone, in any way, pedophilia or hebephilia.” In the book that follows, nine out of the 11 chapters are entitled “Why [noun] Hates Me.” The “Alt-Right” is among the haters, though Yiannopoulos dismisses that movement as “dead.” Twitter, another purported hater, was “looking for any excuse to ban” him, though doing so only made him “a lot more famous.” Feminists, he says, hate him for “Milosplaining.” However, he claims that conservative college students love him for his “humor, mischief, and sex appeal.” Yiannopoulos proclaims himself “the chosen one” based on Donald Trump’s victory, and is effusive on the subject of why his “college tours were awesome.” “Be Dangerous” is the Yiannopoulos war cry, along with “Stay Humble,” “Seek Attention,” and “Be Hot.” If that doesn’t seem like much substance for a platform, it’s well-suited to an age of sound bites. (July)
close
Details