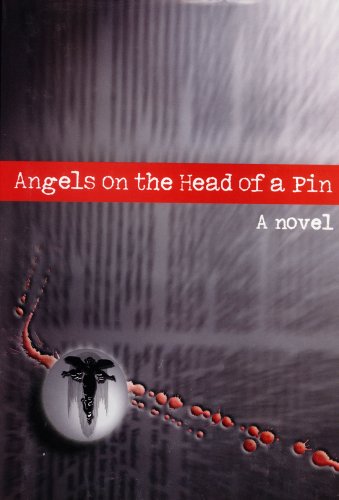 ANGELS ON THE HEAD OF A PIN

A Soviet national newspaper is the mirror for Communist hypocrisy in the 1960s and '70s in this ambitious epic satire. When the executive editor of , Makartsev, is stricken with a heart attack and hospitalized, Makartsev's deputy, Stephan Yagubov, takes the helm at the paper, throwing the employees into a state of anxious uncertainty. The subsequent political intrigue centers on an obscure, whimsical 19th-century passage about Russian freedom by French author de Custine, who mystically appears to Makartsev just before the translation draws interest from the KGB. A correspondent named Ivlev is eventually arrested and fired when the secret police link him to the document after his affair with a naïve young reporter. Other memorable characters include the devious Yagubov, a cynical Jewish speechwriter and propagandist named Rappoport and the hapless Makartsev, whose son is arrested for a drunk-driving incident in which he kills two pedestrians. On the grand stage of Soviet Russia, Druzhnikov captures the ebb and flow of life at the paper; his portrayal of political machinations as the omniscient Party looks over the shoulders of the employees is piercing and revealing. The sheer number of characters in the novel is daunting, but Druzhnikov preserves the clarity of the story line throughout, and the climax features a compelling showdown between Makartsev and Yagubov. Employing the newspaper in much the same way that Solzhenitsyn used a hospital as a metaphor in , Druzhnikov captures the essence of Russian life before the collapse of Communism.