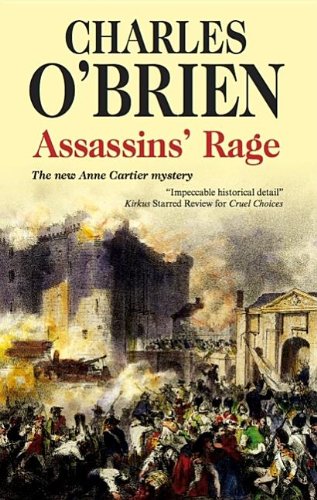 Amateur sleuth Anne Cartier and her husband, Col. Paul de Saint-Martin, must discover the identity of the person who's been inciting riots that provoke the brutal assassination of two of Paris's highest functionaries—and the power behind the inciter—in O'Brien's gripping seventh mystery set in revolutionary France (after 2007's ). Might the killings be connected to a miniature portrait of a pretty young woman salvaged from the rubble of the recently stormed Bastille prison? The mob lynching of a troublemaking baker raises the stakes. This entry is more rooted in actual historical events than previous books in the series, and readers familiar with the period will appreciate the skill with which the author blends his heroes' fictional investigation with fact. Some, though, may stumble over words like “syndic” whose meanings are less than obvious. As usual, O'Brien portrays major characters as complex people and sketches minor ones with a sure hand.