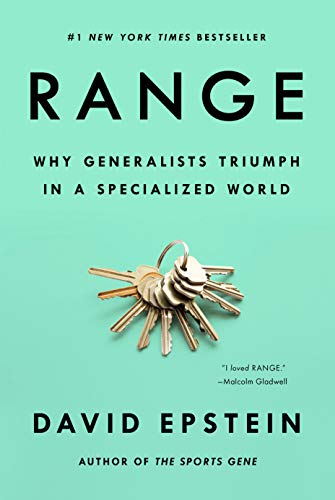 Range: Why Generalists Triumph in a Specialized World

Journalist and self-identified generalist Epstein (The Sports Gene) delivers an enjoyable if not wholly convincing work of Gladwellian pop-psychology aimed at showing that specialization is not the only path to success. His survey finds no shortage of notable athletes, artists, inventors, and businesspeople who followed atypically circuitous paths. Some are household names, such as J.K. Rowling, who by her own admission “failed on an epic scale” before deciding to pursue writing, and Duke Ellington, who briefly studied music as a child before becoming more interested in basketball and drawing, only returning to music after a chance encounter with ragtime. Others are more obscure, such as Nintendo’s Gunpei Yokoi, who turned his limitations as an electronics engineer to his advantage when he created the cheap-to-produce, durable Game Boy, and Jack Cecchini, “one of the rare musicians who is world class in both jazz and classical.” Epstein’s narrative case studies are fascinating, but the rapid-fire movement from one sketch to the next can create the impression of evidence in search of a thesis. While this well-crafted book does not entirely disprove the argument for expertise, Epstein does show that, for anyone without 10,000 hours to devote to mastering a single skill, there is hope yet. Agent: Chris Parris-Lamb, Gernert Company. (June)

Correction: An earlier version of this review listed an incorrect title for the author's previous book.