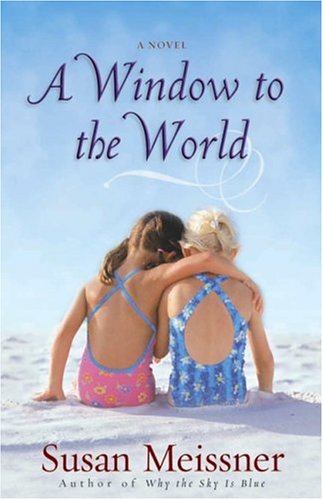 A WINDOW TO THE WORLD

When your best friend disappears under tragic circumstances, how can you still believe in God—and have confidence in yourself? In Meissner's uneven second novel, eight-year-old Megan Diamond's best friend, Jen Lovett, is snatched by strangers as they ride bikes in their San Diego neighborhood. Meissner ( ) chronicles the events leading up to Jen's disappearance and the ripple effects of the kidnapping, which will affect Megan's self-confidence, perception of romantic love and trust in God through adulthood. Jen's unexpected reappearance years later—just as her father makes headlines as one of the richest men in America—is disappointingly anticlimactic. Meissner tells rather than shows and overexplains some of her potentially lovely symbolism rather than letting readers draw their own conclusions. But her characters are vivid creations, and there are good intergenerational moments between Megan and an elderly furniture upholsterer. Megan's early platonic relationship with the home-schooled and ultra-polite David Christopoulos will play well with conservative Christian readers, as will Megan's assertion, "I don't want to live in a world like this one without God." However, the story never quite takes off, and the ending will feel abrupt to many readers.