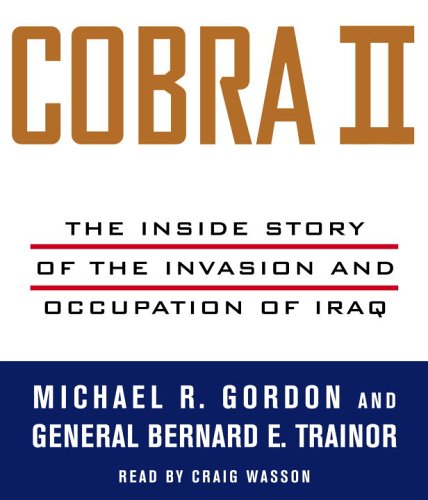 On one level, narrator Wasson's mostly neutral delivery is apt. The authors' dispassionate prose imparts their impeccably researched story of the 2003 Iraq invasion—from concept to insurgency. Sourced at the highest levels, captures the fog of war and war planning. But Wasson's read too often feels routine, as if recounting a local board meeting. Because he renders the numerous players and backdrops with equal tones, differentiating between them can be a challenge. This style of narration creates an anti-tension when juxtaposed with the book's revelations that an invasion plan was being formed not long after September 11, despite administration denials. Strictly supervising the plan was defense secretary Donald Rumsfeld, who was intent on transforming the military into a lighter, leaner force. False assumptions, faulty intelligence, willful ignorance, personal politics and a lack of foresight all fed into the invasion strategy and subsequent messy outcome. During the audiobook's second half, which documents the march to Baghdad and enemy engagements, Wasson's energy picks up and he paints some impressive scenes of war. But in the end, a more vibrant read would have better complemented the significance of this penetrating work. Gordon reads the introduction and epilogue.