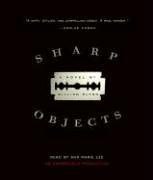 Flynn's debut novel focuses on an emotionally fragile young woman whose sanity is being severely tested by family dysfunction, smalltown incivility and murder. It is a mesmerizing psychological thriller that is also quite disturbing and, thanks to reader Lee's chillingly effective rendition, at times almost unbearably so. Camille Preaker, a novice reporter with a history of self-mutilation, is sent to her hometown in Missouri to cover the murder of one teenage girl and the disappearance of another. There, she must face a variety of monsters from the past and the present, including her aloof and patronizing mother, her obnoxiously precocious 13-year-old stepsister who dabbles in drugs, sex and humiliation, and an unknown serial killer whose mutilated victims bring back haunting memories. Lee's interpretation of mom enhances the character's detachment and airy state of denial to an infuriating degree. And her abrupt change of pace when Camille suddenly begins chanting the words carved on her body is hair-raising. But the voice Lee gives to the stepsister—tinged with a sarcastic, cynical and downright evil girly singsong—makes one's blood run cold.