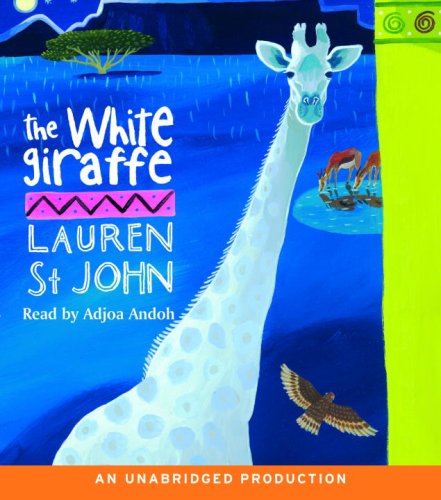 An exotic setting, a tragically orphaned protagonist, a mysterious and mystical legend, and heart-pounding action will draw listeners from the start to this audio adaptation of St. John's debut. However, it is British actress Andoh's robust performance that will keep listeners entranced throughout the recording. She moves effortlessly between English and South African accents, and tender and frenetic scenes shared between a cast of memorable characters. She also wrings every ounce of intrigue and local color from St. John's plot about 11-year-old Martine who, following the death of her parents, is shipped off to a new home on a South African game reserve run by the grandmother she's never known. On the reserve, Martine surreptitiously discovers and befriends a white giraffe, rumored to exist only in legend, and learns how her magical destiny as an animal healer is connected to the beast. Andoh's full-throttle delivery of the breathlessly paced denouement is a standout in a consistently fine recording. Ages 8-up.