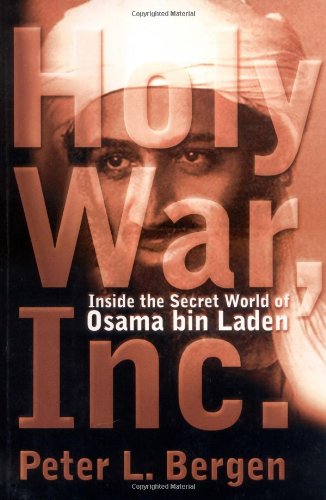 There's a lot of new information in this well-written examination by CNN's terrorism expert on the man believed to be behind the events of September 11, though some of its revelations have already been reported elsewhere in the media. What distinguishes this account is its depth: Bergen has long tracked the Islamic world—the book opens with the account of his 1997 interview with bin Laden, the terrorist's first TV interview—and it shows. He sheds light on several outstanding questions, arguing, among other things, that it's unlikely Iraq was involved in the September 11 attacks, and that it's a myth that the CIA directly funded and trained bin Laden during the war in Afghanistan in the 1980s. According to Bergen, the CIA gave its money to Pakistan and then let that country's intelligence agency decide what to do with it, which was to fund those they viewed as the most strictly Islamic groups among those opposing the Soviet Union. He also adds some details about bin Laden's rise from his wealthy childhood in Saudi Arabia to his current career, and the global spread of Al Qaeda's terrorizing tentacles. The information on what is known about September 11—added hurriedly after the original manuscript was completed, as Bergen admits—gives the book a slightly jagged feel. But those looking for a balanced, comprehensive look at bin Laden and his crew as well as an answer to the now preeminent question "why do they hate us so much?" will do well to start here.