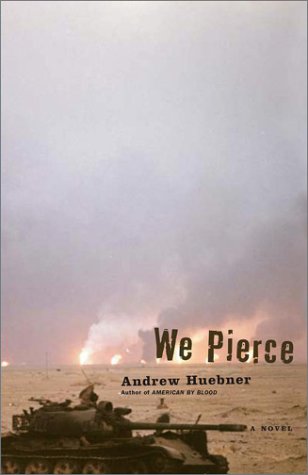 Drawn from the real-life experiences of the author and his brother, this starkly realistic and timely novel unfolds from the perspectives of two siblings, members of the blue-collar family first seen in the praised . Both characters share their true surname; the author changes only their first names. Smith Huebner is a sergeant in the army, gunner of an Abrams tank leading the way into Iraq in the first Gulf War, a competent, trustworthy soldier, married and expecting a baby. His younger brother, Sam, is trying to make it as a writer and teacher in Manhattan, but he drinks too much, takes drugs and soon is broke, addicted and desperate. The past has shaped both brothers' characters. Ironically, it is Sam who forgives their abusive father for driving their mother away; Smith can cope with war but not with family history. The author's punchy style is well suited to scenes in the Kuwaiti desert and Iraq, which are eerily familiar. The emotional impact builds even when the events being described are somewhat predictable, and the characters are richly individualized—not only the brothers, their father and Smith's crewmates, but also minor players like an NYPD detective and an Iraqi sniper. Huebner's blunt, unvarnished prose lends impact to the questions he poses about the necessity and morality of the Gulf War. Sam says: "I'm not against the soldiers. I am against the war." Whatever their personal views about the current war in Iraq, readers will be struck by the ironies implicit in the two brothers' opposed positions and strained convictions.