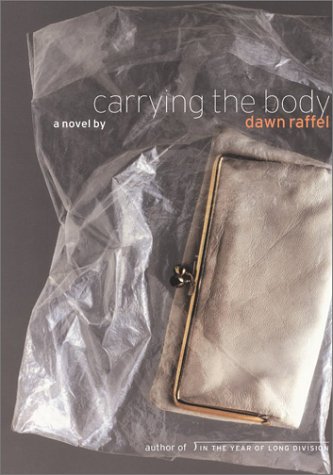 Denial of self leads to tragic but ultimately uplifting consequences for Aunt, the main character of Raffel's debut novel (after a well-received story collection, ), a terse examination of loss, strangling family relations and abuse. Spare, supple prose shapes this portrait of a woman held too long captive in a "haunted" house. Aunt has been the primary caregiver for her elderly father since her mother died and her sister, Elise, ran away, drawn by a train whistle's promise of freedom from her oppressive family. When a penniless Elise returns, accompanied by her sick son, James, she seeks something more than just refuge, and when she departs again, leaving the young boy in her sister's care, the alcoholic Aunt is overwhelmed with anger and despair. Can she forgo her gin to find the milk to nurture the hungry child? To do so, she must confront the riddle of another disturbing loss in her past. After much painful soul searching, she begins to hear "the sound of a woman awake in a house full of sleep" and learns that in order to escape the nightmare she must be strong enough to acknowledge it. If she can, she may save the child, whose mysterious illness makes him weaker with every passing day. She must also rediscover herself before it's too late. "The water seemed to enter her; she felt the warmth seeping. She lifted the washcloth ever so slightly. 'The body,' she said." Worthy prose poetry, for those who love extreme literature.