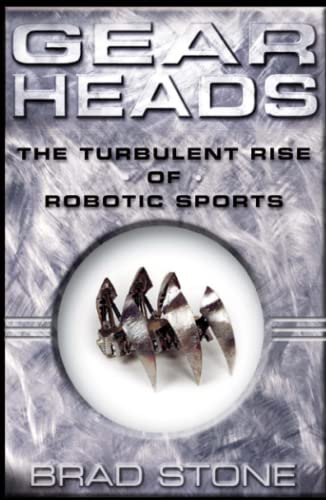 Casual fans of Comedy Central's Battlebots (fights between human-size robots) will be shocked at the Machiavellian intrigue behind the scenes of the radio-controlled robotic warfare. journalist Stone's original and surprisingly engaging account of the rise of "robotic sport" depicts a world hardly anyone not passionate about these gladiatorial gear fests would have ever suspected. And yet all the elements of a taut thriller (or pro wrestling championship) are here: paranoid geeks, rabid lawyers, killer machines, violent threats worthy of Belfast paramilitaries, and the startling revelation that kids who go to MIT are just as devious and twisted as the rest of us. Even the guy who destroyed Run-DMC's career puts in a key appearance. Stone manages to find the universal elements in a story most people not intimately familiar with Robot Wars can appreciate, and he lets those elements do the heavy lifting. Let the gear heads worry about gyroscopes and such: the real entertainment for the rest of us is the conniving and betrayal. The layperson will be fascinated not so much by engine technology as by the unique opportunity to watch a sport in its nascent stages develop rapidly from slightly obsessive leisure pursuit to corporate entertainment industry. Stone phrases his tale within a context accessible to all readers, with plenty for the genuine propeller heads to chew on as well.