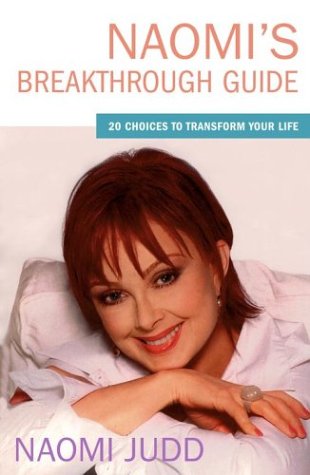 Country singing superstar Judd overcame medical odds by recovering from hepatitis C and wants others to benefit from her health regimen. In this lively and inspirational book, she offers a mix of autobiography, medical advice and just plain homespun talk from one plucky Southerner. Judd is up-front about her mistakes—she got pregnant the first time she had sex and ended up divorced and supporting two children in her 20s. She put herself through college during her 30s, earning a nursing degree, and only began her singing career at age 37. During her 40s and 50s, Judd's health declined, and after traditional treatments failed, she turned to alternative therapies and focused on decreasing stress and obtaining greater personal satisfaction. Judd found strength in religion, exercising and developing goals for the future. Her advice for others is both accessible and convincing. She discusses women who are all too willing to please the people around them: "No matter your age, you must establish boundaries. As you learn more about what you like and don't like, you can better explain it to others. Establishing emotional boundaries allows you to prevent your self-respect and character from being intruded upon." The book is strongest when Judd talks about her beliefs and experiences with her family. For example, "[I]t was my intuition that led me a few years later to go into the music business with Wy. It was also my intuition that told me Ashley was strong enough to handle Wy's and my touring. It helped me know Larry was the man for me...." Less effective are Judd's frequent references to other authors such as Joan Borysenko and Dr. Mona Schulz, all of which detract from Judd's own convincing and engaging writing. Still, this guide is uplifting, and one of the more solid of the various "self-help" titles from celebrities.