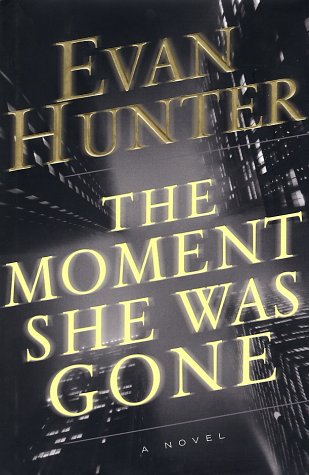 THE MOMENT SHE WAS GONE

Hunter tracks a woman's slow descent into the depths of schizophrenia through the eyes of her twin brother in his latest, a melodramatic novel that offers some suspense at the start before it slides into a series of mawkish, overwrought scenes in which Hunter picks apart the dynamic of an ill-fated, dysfunctional Jewish family. Andrew Gulliver is the first-person narrator, a New York teacher who learns that his flighty, erratic sister, Annie, has disappeared, leaving her family with no clue as to her destination or whereabouts. The initial momentum of that conceit quickly dissipates when Hunter embarks on a long, extended flashback in which he outlines Annie's previous disappearances. Most of her escapades are at least familiar, with the most obvious clichés being a trip to India to study with a yogi as well as a debacle in a Georgia bar with a libidinous redneck who turns out to be a cop. The adventure that leads to real trouble is a visit to Sicily, where Annie encounters several amorous locals and ends up being hospitalized after a nervous breakdown as a questionable drug treatment accelerates her schizophrenic tendencies. Hunter wears his heart on his sleeve in his compassionate, heartfelt prose, but the lengthy passages in which he dissects the family take the air out of the climax when Annie finally turns up. The book has a few effective sequences, particularly when Annie attacks Andrew's wife with a hammer and Andrew turns to his divorced spouse years later for support when Annie disappears. Those moments aside, this represents a drop-off in quality from Hunter's usually crisp, illuminating prose, and longtime readers and fans are likely to be disappointed.