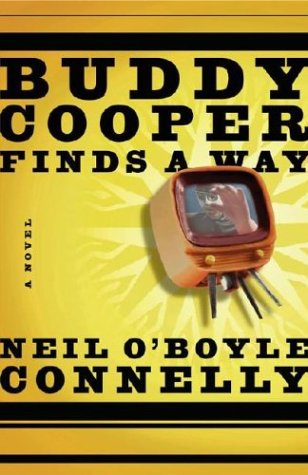 "It wasn't supposed to be this way." That's the story of the last four years of Buddy Cooper's life—botched opportunities, failed relationships and missed connections. A burly minor league professional wrestler who takes falls as the masked Unknown Kentucky Terror, Buddy holds on to the belief that he can slow the runaway train of his life, even as things spin increasingly out of control. Determination in the face of desperation is the emotional fuel that drives Connelly's ingenious first novel. The story is baroque, the prose effortless and clean. After a wrestling match shoot 'em up, in which a deranged "man-child" in a preacher suit takes down Buddy and several fellow wrestlers, Buddy sees a chance to win back his ex-wife and daughter—by claiming amnesia (and ignorance of ex-wife Alix's new marriage, etc.). Buddy must also battle a bizarre, deadly wrestling cult and bail out a group of possibly deranged homeless men living in the condemned church next door. Connelly clearly relishes his oddball plots and characters; the book is a comic romp with a darker side. Supernatural subplots (a TV apparition, aliens, an asteroid hurtling toward earth) function surprisingly well as commentaries on everything from personal responsibility to the nature of the human condition. Crafty, magical, utterly enjoyable, this is a fine debut.