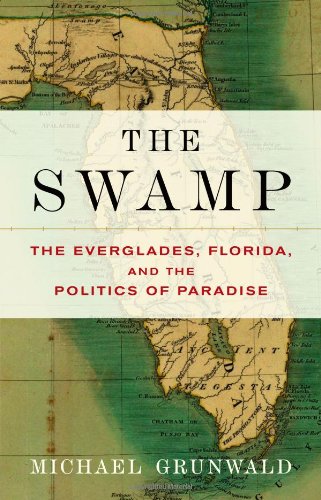 The Swamp: The Everglades, Florida, and the Politics of Paradise

reporter Grunwald brings the zeal of his profession—and the skill that won him a Society of Environmental Journalists Award in 2003—to this enthralling story of "the river of grass" that starry-eyed social engineers and greedy developers have diverted, drained and exploited for more than a century. In 1838, fewer than 50 white people lived in south Florida, and the Everglades was seen as a vast and useless bog. By the turn of this century, more than seven million people lived there (and 40 million tourists visited annually). Escalating demands of new residents after WWII were sapping the Everglades of its water and decimating the shrinking swamp's wildlife. But in a remarkable political and environmental turnaround, chronicled here with a Washington insider's savvy, Republicans and Democrats came together in 2000 to launch the largest ecosystem restoration project in America's history. This detailed account doesn't shortchange the environmental story—including an account of the senseless fowl hunts that provoked abolitionist Harriet Beecher Stowe's 1877 broadside "Protect the Birds." But Grunwald's emphasis on the role politics played in first despoiling and now reclaiming the Everglades gives this important book remarkable heft. 18 pages of b&w photos; 7 maps.