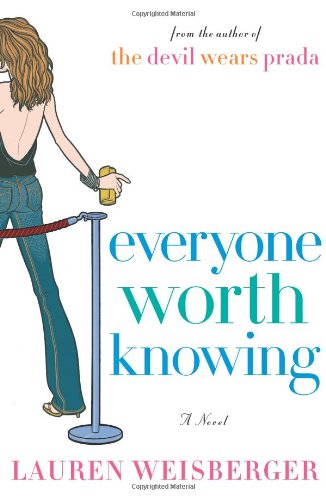 A 27-year-old New York banker quits her job and finds work at a posh PR agency, trading her navy pantsuits for low-slung jeans and skimpy tops so she can hang out with the beautiful people at "in" places like Bungalow 8 (though first she has to find out what Bungalow 8 ). Weisberger's bestselling hinged on a similar fish-out-of-water scenario, and while it may have worked then, this time around it feels like a rehash. Bette Robinson begins as a likable enough character, but it isn't long before Weisberger's caricature of her becomes frustrating: Bette is surprisingly successful at her new job, even as she's constantly complaining about "the ridiculousness of what we were doing"—i.e., orchestrating Manhattan social events in such a way that the agency's clients look good in gossip columns. Bette's personal life gets equally ridiculous treatment, as she enters into a "just for looks" and very public relationship with a British heartthrob who's really gay, as her friends and family (and the guy she really likes) look on in horror. The book occasionally entertains—as when it makes jabs at the very critics who panned —but not nearly often enough. . .