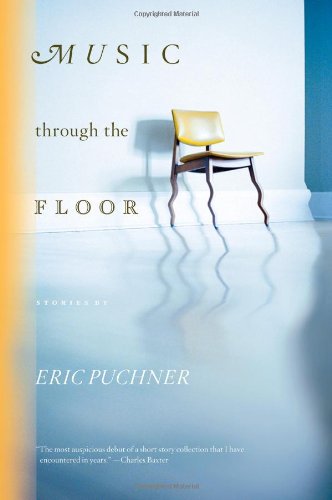 Music Through the Floor

Alienated adults and wounded children inhabit Puchner's polished debut collection, nine bittersweet stories that capture moments of truth but too often feel like neatly packaged writing workshop fiction. "Child's Play," about adolescent male cruelty and the pull of mother-son love, climaxes powerfully with a sad, graphic act of sadism when a group of boys gangs up on a social outcast. But "Essay #3: Leda and the Swan," a confessional digression from a homework assignment penned by a 16-year-old girl—and a too-precious excuse for cutesy malapropisms—strives too hard for poignancy in its broadly drawn vicissitudes of adolescence and blossoming sexuality. A near-death encounter during a driver's ed class in "A Fear of Invisible Tribes" almost but doesn't quite unite a bisexual Berkeley teacher and a recovering alcoholic across a class divide. In "Animals Here Below," a young brother and sister suffering in the care of their depressed father conspire naïvely to bring their errant mother back into the family fold. Though Puchner delivers emotional nuance with sure-handed prose, every story turns on a loaded moment or hurtful act, a formula that becomes repetitive across the collection.