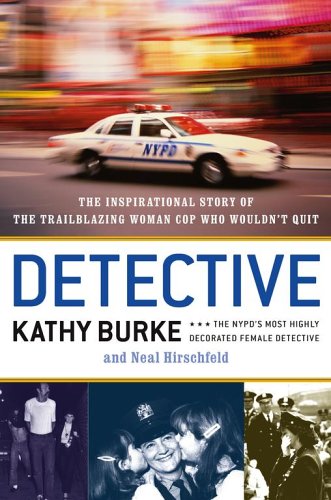 Detective: The Inspirational Story of the Trailblazing Woman Cop Who Wouldn't Quit

In her fast-paced "as-told-to" autobiography, former NYPD detective Burke offers an insider's view of the life of a female undercover drug cop working in a field in which women were rarely treated as equals. Burke applied to become an officer in 1968 and soon found her niche working under cover. Adopting the persona of the "jive-talking" Marie Martin, Burke realized that, despite her by-the-books morality, she was adept at blending in with dealers and crooks. Beginning like an action film—Burke in an alley with a gun to her head—the book recounts stories of undercover drug buys and tough-talking police station politics. The narrative works its way up to Burke's involvement in a controversial 1986 shooting that left her irreparably injured and her partner dead outside a Queens diner. After three bungled trials, the U.S. Court of Appeals threw out the murder and attempted murder charges, leaving the mobsters Burke accused of pulling the trigger with short sentences for lesser crimes. While readers may be frustrated by lackluster prose and a lack of answers to questions about the trial, Burke's book, which is packed with action and suspense, tells an inspiring story of a woman who beat the odds more than once. 8 pages of b&w photos.