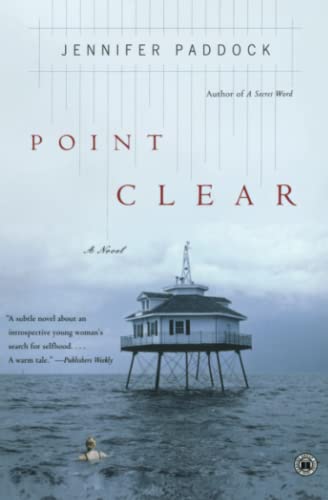 Paddock follows up her well-received debut, , with a subtle novel about an introspective young woman's search for selfhood. In elegiac prose, Paddock follows 27-year-old Caroline Berry, an Oklahoma transplant eking out a living in New York City who's had a case of writer's block since she dropped out of the NYU writing program. After inheriting some money from her grandfather, she heads to a family retreat in Point Clear, Ala., where she hopes to find solid footing and begin a novel. Instead she arrives just in time for Hurricane Ivan. Walking along the beach in the hurricane's aftermath, Caroline meets a young man, Walker, who later goes missing. This event engages both her heart and her imagination and gives the remainder of the novel a focus, as Caroline makes it her mission to write Walker's story, several versions of which are included. Though some readers may wish for a conflict of some sort—virtually everyone Caroline encounters wants nothing more than to assist her—Caroline's evolution as a writer makes for a warm tale.