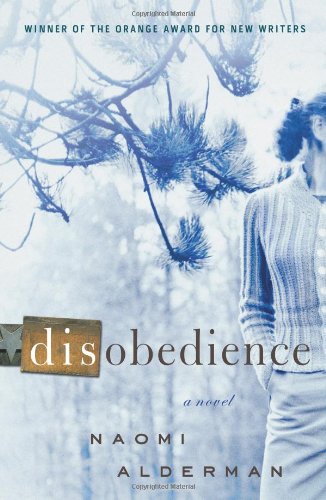 Alderman draws on her Orthodox Jewish upbringing and current life in Hendon, England, for her entertaining debut, which won the Orange Prize for New Writers after it was published in the U.K. in March. In writing about the inhabitants of this small, gossipy society, Alderman cleverly uses a slightly sinister, omniscient "we" to represent a community that speaks with one voice, and her descriptions of Orthodox customs are richly embroidered. Alternating with this perspective is the first-person narrative of Ronit Krushka, a woman who has left the community and is now a financial analyst in New York. After the death of her estranged father, a powerful rabbi, Ronit returns to England to mourn her father and to confront her past, including a female lover. But Ronit's shock that an Orthodox lesbian would marry a man rings false, as does her casually condescending attitude toward the community. By the time of the theatrical, unrealistic climax, Ronit's struggle between religious and secular imperatives gets reduced to cliché ("all we have, in the end, are the choices we make"), but Ronit works well as a vehicle for the opinion that even the most alienated New York Judaism is preferable to the English version, where "the Jewish fear of being noticed and the natural British reticence interact."