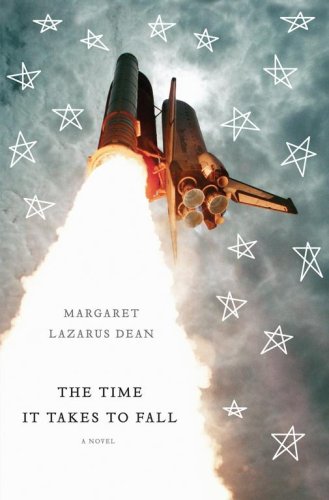 The Time It Takes to Fall

The 1986 explosion is juxtaposed with a disintegrating "Space Coast" Florida family in Dean's tepid debut. Dolores Gray dreams of becoming an astronaut like her idol, Judith Resnik and lives in what is essentially as NASA company town: at school, everyone's father works for space agency, and the bureaucratic hierarchy extends from the Cape Canaveral launch pad to the school playground. Funding for space exploration is precarious, however, and when Dolores's father, who is a technician, is laid off, Dolores's parents' marriage goes into a tailspin; Dolores's mother leaves, and the going-on-13 Dolores has to face adolescence on her own—including romances with two boys whose fathers are placed higher in NASA's administration than hers. Dolores's father has a hard time recovering once his wife is gone, and the disaster only exacerbates his trouble. The setting and Dean's ability to make rocket science understandable add some appeal to what is essentially a stock-in-trade coming-of-age.