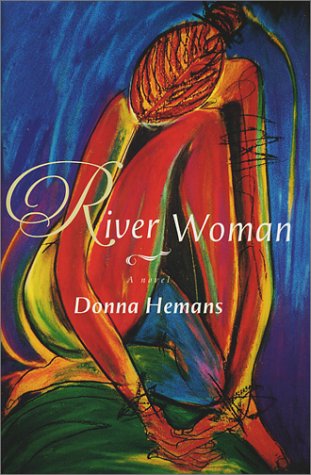 The Rio Minho in Jamaica provides much more than a setting for this potent, accomplished debut. Hemans is an original, although she never seems to be making a point of her uniqueness. Born in Jamaica and educated in the States, she apparently hears life sung by a chorus, not a single voice. The novel opens with the drowning of three-year-old Timothy, as his teenage single mother, Kelithe, is washing clothes in the river with the other women of Standfast, a small town that seems a century behind the times. The drowning prompts the return of Kelithe's mother, Sonya, who had abandoned her for a life in the States, promising "soon-soon" to send for the girl. It is revealed that just before Timothy's death, Sonya finally made the offer concrete, but on condition that Kelithe leave the boy behind. Abandonment is a major theme here—not only by parents but by a government that has broken all its promises to Standfast—and the myth of the beautiful but treacherous river mother, the Mumma, is a recurring metaphor throughout. Sonya returns to Jamaica for the funeral and finds the townsfolk united in their conviction that Kelithe stood by and let Timothy die so she could slip away unburdened to a new life in America. Will Sonya come to her daughter's defense or abandon her again? Hemans pitches the question as intensely as a thriller writer and answers it as resonantly as a poet.