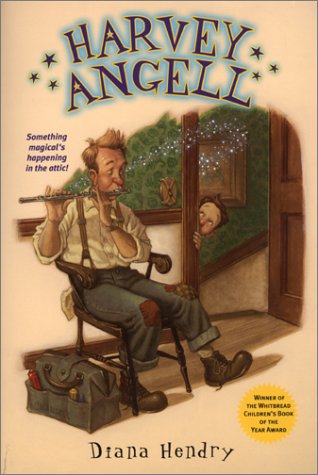 There's something about Harvey Angell. And young orphan Henry is on his way to finding out what that something is, in British author Hendry's Whitbread-winning novel, the first in a trilogy. When Harvey rents the attic room at 131 Ballantyre Road—home to Henry and his decidedly crabby and emotionally closed Aunt Agatha—Harvey pretty much turns everything upside down. He charms the other boarders and even Aunt Agatha with his good manners, beaming smile and fine flute playing. But much mystery surrounds him, especially his job, working with "circuits" and "connections" and "energy fields." Before long, Henry discovers that Harvey's connections have nothing to do with electricity but, rather, connecting the energy of the living with that of their deceased loved ones. As her characters blossom through the power of music, poetry and kindness, Hendry strikes several strong emotional notes, but never gets maudlin. Her imagery creates lyrical pictures ("The plumpness, the prettiness, the gentleness and happiness had dropped off her like leaves at the end of summer and left her gaunt and stark as a winter tree," Henry thinks, when comparing his aunt today with photos of her as a bride and young mother). Although a bit of the spirit of Harry Potter bubbles up now and again, this swift-moving story stands apart as an entertaining, thought-provoking read for fans of whimsical fantasy. Ages 8-up.