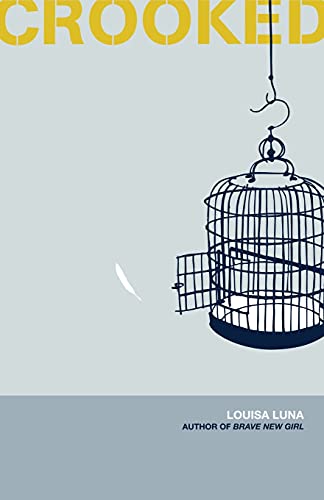 Luna's second novel is a crisply written, incisive story about a violent, troubled young woman struggling to rebuild her life and come to terms with her crime after being released from a California prison. As the novel opens, protagonist Melody Booth has just finished a three-year sentence for her role in a brutal murder engineered by her brother, Gary, but life seems promising when her mother takes her in to help her get back on her feet. Booth immediately makes a series of bad decisions, though, beginning with her career choice: she takes a marginal job delivering portable toilets. On the personal side, her first mistake is getting involved with her brother's friend, Chick Rodriguez, a drug runner and heavy user, and before long Melody is drinking, carousing and slipping back into her old "bad girl" ways. Her downward spiral bottoms out when Chick disappears and she tracks him down at the San Francisco house of his dealer, only to arrive just in time to get in trouble with the law again when he overdoses. Luna spends a good portion of the novel delving into Melody's refusal to visit her imprisoned brother, and while many of those passages are effective, the siblings' ultimate meeting proves to be anticlimactic. But the remaining material leading up to Melody's downfall is solid, despite the ongoing presence of several prison-novel clichés. Overall, Luna has done a service by telling a familiar story from a woman's perspective, and this novel represents a sound follow-up to her success with