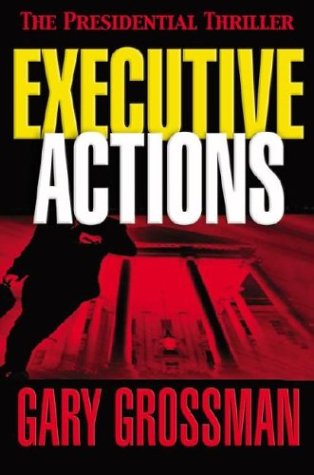 TV producer Grossman's first thriller might well be subtitled "The Libyan Candidate." It starts with the assassination of apparently the wrong person—the wife of Massachusetts Democratic congressman Teddy Lodge, who's running a distant second in the presidential primaries. Lodge and his handlers use the killing to stir up a media storm to win first the nomination and then the presidency itself. But several people loyal to the defeated Republican president—especially Scott Roarke, a tough and resourceful agent for the Defense Intelligence Agency—begin to have suspicions about Teddy Lodge. Is he really who he claims to be? And who is the mysterious Libyan who appears to be pulling his strings and who perhaps even arranged the assassination of Mrs. Lodge? Grossman has done lots of research on everything from political infighting to clandestine military operations; despite a certain stiffness in his narrative technique, he manages to hold reader interest right up to the inevitable conclusion.