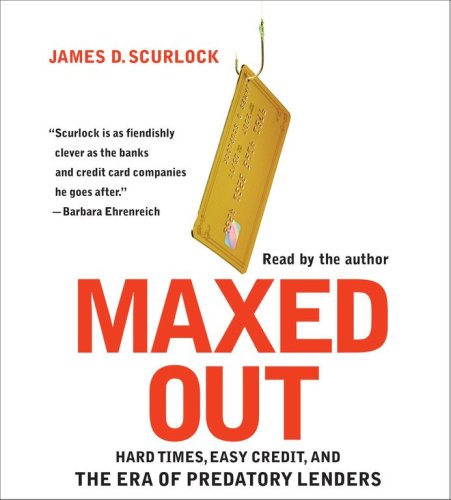 This abridgment of Wharton dropout Scurlock’s scathing exposé of a debtor nation doesn’t do justice to the complexities of the story it’s trying to tell. Scurlock’s book is demanding; he asks us to keep track of dozens of real-life characters and keep up with their complicated personal stories of debt, collection agencies and the tragic elements (suicide and even murder) that have resulted from their poor financial choices. He also asks that we track the labyrinthine (albeit fascinating) historical, political, economic and social reasons why personal debt is skyrocketing in America. This is all easiest to follow in Scurlock’s documentary film (from which the book originated), with all its many visual cues; more challenging but still entirely doable with the hardcover; and next to impossible with this abridgment, which skips abruptly from one abbreviated sob story to the next. However, Scurlock’s narration is spot-on; he hits the perfect notes of irony, sarcasm and righteous indignation that the story requires. It also doesn’t hurt that he sounds like Ira Glass.