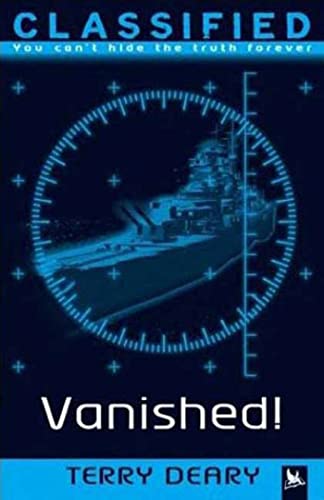 Deary's brief, compellingly designed volume is one of four launch titles in the paperback science-fiction Classified series, likely to be devoured by young fans. The author introduces Alice Henreid, a math whiz and computer hacker who has lived with her scientist grandfather from age three or four, as secret agents show up at her door at 4 a.m. ("This is not a formal interview, just a chat," they tell her). She explains to them her grandfather's involvement in the "Philadelphia Experiment," a 1943 government project in which a warship momentarily became invisible, and her own subsequent research on the topic. The writing can be workmanlike at times, but the author explains tough concepts, such as magnetism and Einstein's Unified Field Theory, in accessible terms. It turns out that the agents have come to recruit Alice for the Defense Intelligence Agency (DIA). The second half of the book "reproduces" the files to which she has access, Illustrated to resemble pages from a classified dossier (e.g., bios, newspaper clippings and in-depth speculation on the Philadelphia Experiment as well as the science—and alleged cover-up behind it). Written prior to September 11, 2001 (they were first published in the U.K. in 1996), the books have a kind of 1950s view of politics (although when Alice's grandfather describes the WWII tactics of bombing cities, he says, "This time the weapon was terror"). The "dossier" section's varied fonts and page designs give readers the feeling that they are thumbing through actual secret documents. Ages 9-14.