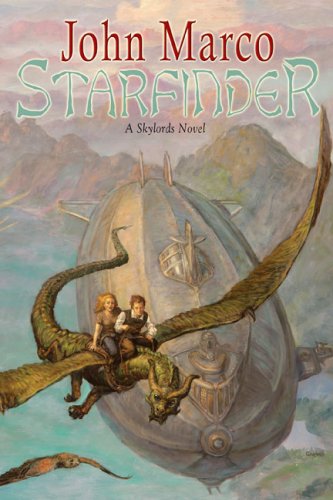 Too much busyness hampers this disjointed YA fantasy adventure from Marco ( ). After young teens Moth and Fiona flee domineering adults in the vaguely steampunkish mountaintop city of Calio, they cross the fog-covered Reach into a land of magical beings. Most notable are the Skylords, glamorous creatures who look like angels but act like Nazis. Years before, a conscience-stricken female Skylord stole the titular device so her race couldn't abuse its powers. Now Moth has it but doesn't understand how to use it. When Fiona's grandfather, governor of Calio, appears over the Reach in a warship dirigible, and the Skylords attack with the help of various flying monsters, Moth and Fiona's tale is almost smothered. Readers will have to wait for future installments of the series to find out why the commotion matters.