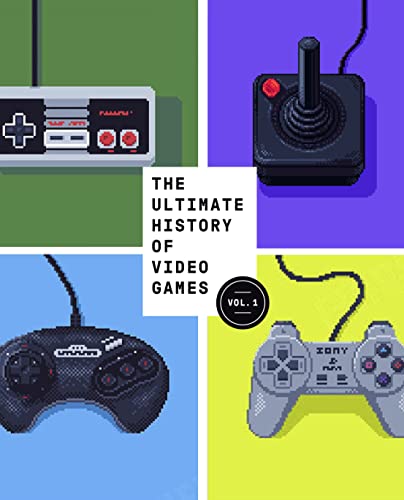 THE ULTIMATE HISTORY OF VIDEO GAMES

In this rollicking, mammoth history of video games—from pinball to Pong to Playstation II—Kent, a technology journalist and self-professed video game addict, covers almost every conceivable aspect of the industry, from the technological leaps that made the games possible to the corporate power struggles that won (and lost) billions of dollars. Anecdotes are legion. Readers learn that early Atari, for example, had the corporate climate of a dot-com startup, with rampant drug use and meetings staged in outdoor hot tubs. The original name for Pac-Man turns out to be Puck-Man; its creators changed the name after worrying that vandals in arcades would replace the with an . In 1978, there were so many people playing Space Invaders in Japan that the game caused a national coin shortage. Kent meticulously documents the rise of home video games and the console wars of the past decade, when Sega, Nintendo, Sony and others raced to produce the fastest, most powerful game system. Also addressed is the public backlash of the '80s, when video games were thought to distract students from homework, and the '90s, when Doom and other violent games were linked to the massacre at Columbine High School. Along the way, Kent interviews virtually every key player in the industry. At times, Kent's comprehensiveness is exhausting—500-plus pages on video games may be a bit much, even for their most ardent admirers. But most often Kent's infectious enthusiasm is enough to carry the reader along. Equal parts oral history, engineering study, business memoir, game catalogue and Gen-X nostalgia trip, Kent's book is a loving tribute to one of the most dynamic (and profitable) industries in the world today.