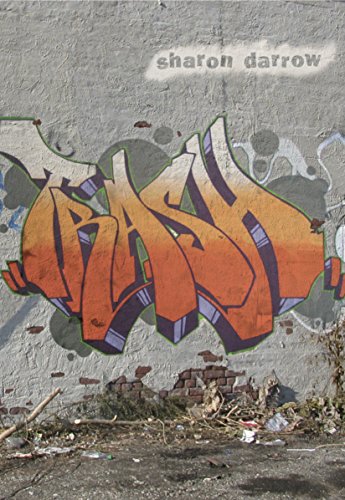 Darrow articulates, in first-person verse, 16-year-old Sissy's searing coming-of-age story. Sissy and 14-year-old Boy, sixth and seventh offspring of a mom too dissolute to name them, endure successive foster homes. Sissy's fondest recollections involve stable intervals with her loving older sister Raynell and her husband, Jobe (one of the narrators of Darrow's ). But an act of vandalism lands the two back in the welfare system. Their latest home is with a strict, religious couple hauling rural trash, "Aunt" Lannie and volatile "Uncle Daddy" ("since you/ don't got one of your own"), who requires the children to help with the reeking collections. Uncle Daddy beats Boy for an imagined theft, and the two soon flee to Raynell, who "makes even the worst old place/ seem like a home filled with flowers" and settle into cramped St. Louis quarters. Sissy and Boy, innate artists, head out on night rambles and spray their new identities—graffiti-style—ever higher. One night, a rooftop misstep leads to Boy's death. The author inextricably links Sissy's journey to come to peace with his death with her drive as an artist (her medium, scavenged trash). Amid gritty free verse, Darrow interweaves beautifully crafted forms such as the villanelle, sestina and pantoum, whose intricate patterns suit Sissy's mournful voice. Ages 12-up.