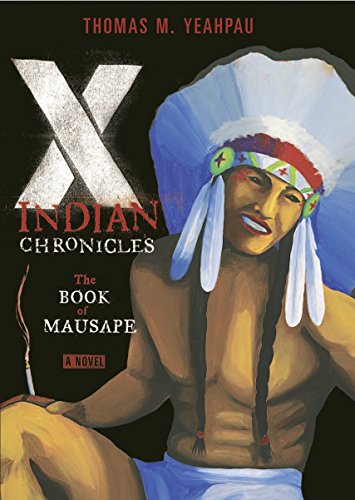 Fans of literature written by American Indians will want to know about this compelling collection of related short stories. These finely crafted, raw and gritty tales explore the effects of alcohol, drugs and how the assimilation into the white man's society has had a negative impact on Native American culture. "Mausape Onthaw was an X-Indian. He belonged to a race that was losing its culture and to a generation that was losing its mind," begins the first tale, which introduces the hero. The stories often shift back and forth in time, and between reality and the magical world of Native American lore. The main characters (first introduced in a short story included in the anthology ) all are searching for some direction to their lives. In "A Vitamin-A Vision Quest," Marlon, a law school student, after a night of heavy drinking and drugs, has a vision in which he decides to go clean, "I will be Marlon the man." As Prosecutor Marlon in the next tale, "The Case of X-Indian v. Al Cohol," Marlon puts "Al Cohol" on trial, holding it responsible for the atrocities committed towards Indians, "and the leading role in a conspiracy to kill off their entire culture." The concluding story, "Grandma Blessing" has many twists and turns, and a metafictional ending. Despite some graphic sexual and violent situations, readers will likely enjoy Yeahpau's fine collection of stories about modern-day Native Americans, especially fans of Sherman Alexie and poet John Trudell. Ages 14-up.