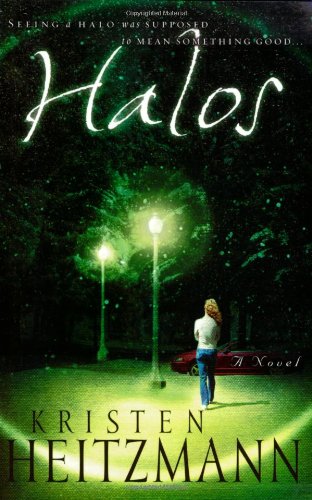 Romantic suspense is currently a hot genre in the evangelical Christian market (think Dee Henderson), and popular CBA author Heitzmann does the category justice here. Alessi Moore is a naïve 21-year-old who still believes in fairy tales and miracles, despite a past that has left her orphaned and alone. As she drives across the country, looking for a new life, she stops in the snowy northern town of Charity. Her car and worldly possessions are stolen, and Alessi finds herself dependent on the kindness of strangers. She takes a job working in a bookstore for Steve, who distrusts all women; a clichéd, angst-ridden romance follows. But something is rotten in Charity. The sheriff seems uninterested in finding Alessi's car; her stolen clothes turn up piece by piece in occasionally gruesome circumstances; and Alessi bears an eerie resemblance to a woman who disappeared several years ago. As the townsfolk talk of a mysterious "pact" they have made with one another, they muse cryptically, "Maybe they'd slain the devil, but his works were not forgotten." Will miracles be enough to save those in danger? Heitzmann paces her story well, and there is an appealing tension as the plot unfolds. Occasionally, Heitzmann overwrites ("The longing for Alessi's face filled his stomach more completely than the eggs and sausage"), but she also offers many solid descriptions and humorous moments. The use of the verboten word "damned" may surprise some conservative Christian readers. The joy of this novel is in Heitzmann's competent voice, engaging characters and many original touches.