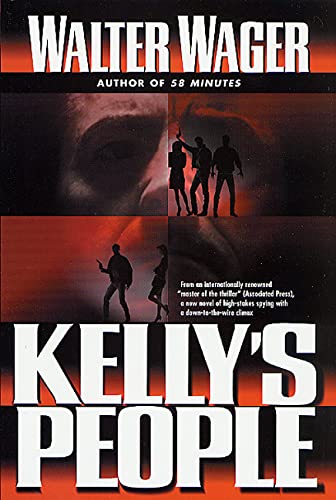 An international terrorist threatens world destruction in this brisk, cinematic outing. The Russians have perfected a new secret weapon—intelligence agents with chemically enhanced mind-reading abilities. Not to be outdone, the CIA sets up its own training program with a group of agents saved from death by drastic means and dosed with a secret serum giving them ESP powers. Having lost a key agent in the U.S., Moscow intelligence kidnaps a CIA agent to exchange for their missing "Anna." Meanwhile, the CIA learns that a top general with access to Russia's arsenal is secretly selling small nuclear devices called "Demons" to a Middle Eastern client with apocalypse on his mind. When one Demon erases a large African town in a test run, the CIA pulls Denny Monroe, the deadliest agent from the ESP team, and sends him to Moscow to use his superspy skills and new mental powers to locate the kidnapped agent and track the other Demons. What Monroe discovers is so grave that all the men and women of the group must join psychic forces and race against the clock as it counts down to nuclear destruction. Wager () shrouds the subplots with appropriate mystery and nails the field action and political squirming, while escalating to a final confrontation that leaves the door open for a sequel. Improbable coincidences, sci-fi excess and a hyper–politically correct cast will keep some readers from taking the novel seriously, but it's a great thrill ride for those willing to suspend disbelief and take the plunge.