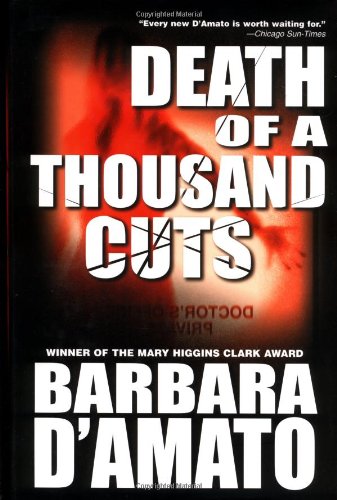 DEATH OF A THOUSAND CUTS

Set in Chicago during the heat wave of 1995, D'Amato's absorbing new stand-alone (after 2002's ) draws the reader into the uncomfortable and strange world of autistic children. Hawthorne House, a mansion that was once home to a residential school for autistic children, is the setting for a reunion-cum-workshop 15 years after the school's closing. Jeffrey Clifford, a limited but successful computer systems engineer, apprehensively mingles with other former patients, therapists and staff members, including the school's celebrated and charismatic director, Dr. Jay Schermerhorn. When Schermerhorn's body is found brutally mutilated in a pool of blood in the school basement, detectives Emily Folkestone and Oliver Park get on the high-profile case amid a hue and cry from police headquarters and the mayor. Wry humor and characters with real depth help propel the plot to its poignant conclusion. As the further reading list in her author's note suggests, D'Amato has thoroughly researched her subject, raising some strong arguments against Freudian theory and practice that reflect the current debate over Freud in the psychiatric community.