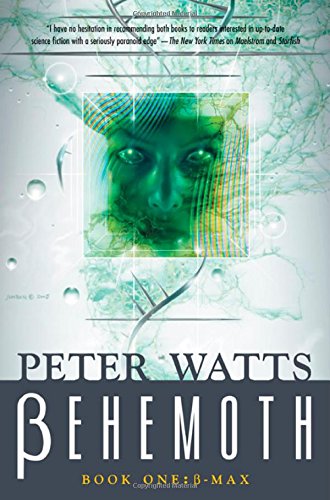 In Canadian author Watts's third but not final installment in the hard SF trilogy (see Forecast below) that began with (1999) and (2001), the surviving corporate elite from the earlier books and "rifters" (cyborgs created and enslaved to explore the ocean depths for corporations) hide beneath the North Atlantic while surface civilization crumbles. One of the novel's most fascinating aspects is its extremely inhospitable setting, under 300 atmospheres pressure at the ocean's sunless floor. Readers will also find themselves unwillingly gripped by the simultaneously flawed and ferocious characters, shaped by a social situation bleaker than anything outside John Shirley's early novels. They know they need to cooperate, so they are trying grudgingly to overcome their anger and hatred, though they've discovered that one way to deny personal guilt is to pursue revenge. They're uncomfortably believable, like us at our least generous moments. Finally, the writing is compelling, jittery, full of dark irony. But readers will need to pick up the earlier books to really appreciate this one.