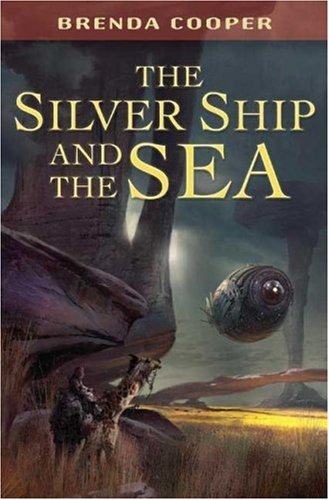 The Silver Ship and the Sea

Cooper's first solo flight into SF (after , with Larry Niven) doesn't quite get off the deadly colony planet Fremont, where 12 years earlier war raged between the original pure-human settlers and the "altered" (bioengineered) second wave of colonists. Adolescent heroine Chelo Lee, orphaned by that war and adopted by the leader-couple of the planet's only city, Artistos, leads the other five living altered youths to the silver spaceship that had brought their parents to Fremont. With the help of Jenna, the only surviving altered adult, Chelo dreams of freeing herself and the other altereds from the paranoid subjugation of the Fremontians, who both fear and need the youngsters' gifts. The lack of psychological development in this sluggish and predictable growing-up excursion may limit its appeal to preteen readers.