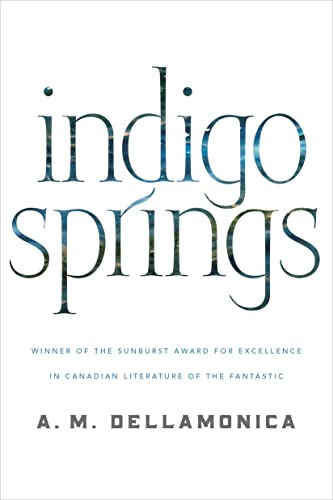 Dellamonica's debut suburban fantasy opens with Astrid Lethewood in custody, charged with kidnapping and murder and being interrogated by hostage negotiator Will Forest. Astrid and her friends, Sahara Knax and Jackson, are central to a bizarre uprising against the government, but most of the novel is Astrid's narrative of her discovery of a source of magical blue ooze in the house she inherited from her father. The depiction of magic is original and consistent, and Astrid's exploration of her magical ability coincides with growth in her relationships and the unveiling of her town's dark history. Dellamonica never goes into detail about either the ooze or the uprising, perhaps saving those for the promised sequel, but Astrid's somewhat deranged conversations with Will give indications of what happened, and sympathetic characters go a long way toward making up for the vagueness.