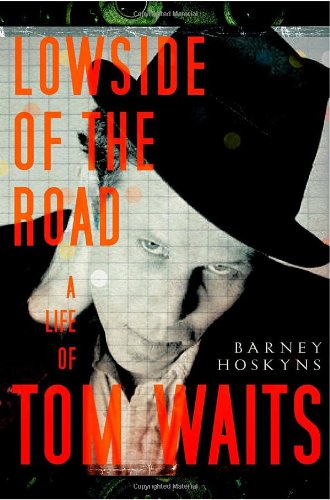 Lowside of the Road: A Life of Tom Waits

When a celebrity not only refuses to cooperate with a would-be biographer but persuades most of his inner circle not to grant interviews either, the writer's task is much more daunting. In trying to account for the 40-year career of eccentric singer/songwriter (and occasional film actor) Tom Waits, Hoskyns ( ) puts his subject's reluctance front and center, openly speculating on the rumors that Waits's wife has engineered his withdrawal from his early associates. The armchair psychology extends to Waits's idiosyncratic public persona, but is buttressed with interviews with as many people as Hoskyns could get to talk, a few conversations he had with Waits for magazine pieces and excerpts from other articles over the years. For the most part, Waits's musical transformation from hip troubadour to far-out maverick is well contextualized, but when Hoskyns's resources are stretched thin in this overlong book, his pronouncements become less compelling. Readers may not particularly care what the biographer thinks of Waits's last album, for example, nor need a complete set list from a random concert. Despite these problems, however, Hoskyns deserves credit for trying to give Waits the critical scrutiny his work deserves.