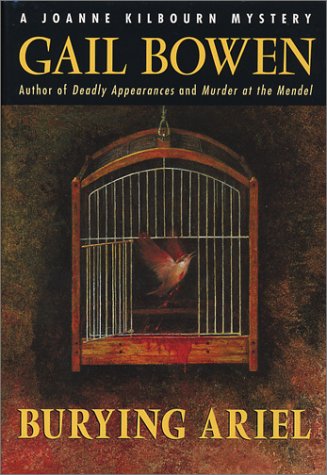 is celebrating 25 years of quality mystery publishing with . Among the 18 contributors who have written stories especially for this book are such major authors as Donald Westlake, Marcia Muller, Ed McBain, Margaret Maron and Peter Lovesey. Mysterious Press editors Sara Ann Freed and William Malloy supply an introduction, while in his foreword Mysterious Press founder Otto Penzler provides a succinct inside history. Mystery aficionados will snap this one up.

() presents , the fourth raucous adventure featuring the charming and reckless Australian political adviser. Murray makes dizzying, sleep-deprived leaps between high-stakes union infighting, his missing 13-year-old son, various love interests, his boss's potential public disgrace and his old friend's murder. In , the sixth installment by Alistair Boyle (), Yates sleuths and wisecracks his way through a privileged world of breathtaking inheritances, intra-family lawsuits, people who "marry rich" and a murdered patriarch. Set in 1950s Paris, 's , the sequel to , focuses on the young inspector's attempts to solve the murder of an American lieutenant in an Army administrative outfit also under investigation for fraud. Fans of Blank's debut novel should be pleased. In by and (), the friendship between two married couples begins to unravel when one of the wives seduces a stranger in a bar. Blackmail, betrayal and murder ensue, and the danger seems to come from all directions. High school science teacher Will is accused of rape by a student whom he'd befriended, after he witnesses the strange relationship between the student and her brother. In 's , sequel to , Will's bail is paid anonymously and his accuser skips town, leading Will on a convoluted and dangerous trail to clear his name.