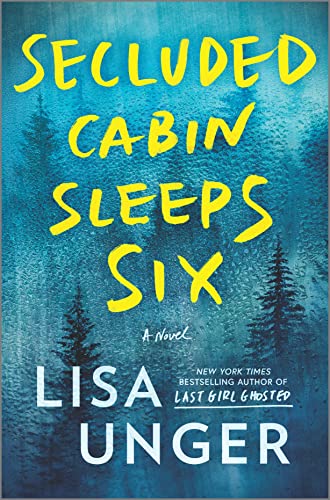 In this subpar thriller from Unger (Last Girl Ghosted), three couples, some of whom are members of a wealthy but troubled Florida family, gather for Christmas in 2017. Mako, a tech mogul, surprises his sister, Hannah, and the others with some unusual gifts. The next day, the group leaves for the weekend at a luxurious cabin deep in the Georgia woods, complements of the demanding Mako. Meanwhile, Alice, a single mother, tells her son, Henry, that his father was a sperm donor shortly before she dies after someone attacks her. At the cabin, Hannah feels something sinister, and when her friend Cricket arrives with boyfriend Joshua, Hannah thinks she recognizes Joshua, though they’ve never met. Hannah begins to wonder whether she can even trust her own brother and husband. With so many relationships and characters to keep track of, Unger overwhelms the plot, which centers on the sperm donor’s identity. But that revelation comes too late to have much of a dramatic impact. Loose ends and a crescendo of violence at the end do little to redeem the book. Unger has done better. Agent: Amy Berkower, Writers House. (Nov.)

This review has been updated to remove plot spoilers.

The Hunter
The Hunter
Jennifer Herrera
“I would not have pulled the trigger,” declares Det. Leigh O’Donnell of the NYPD in the opening sentence of Herrera’s stellar debut. Leigh was suspended from the force after she Continue reading »

The Album
The Album
Mary Roberts Rinehart
In the illuminating introduction to this exceptional whodunit from Rinehart (1876–1958), first published in 1933, Otto Penzler quotes the author’s brief description of it: “The Continue reading »
chevron_right