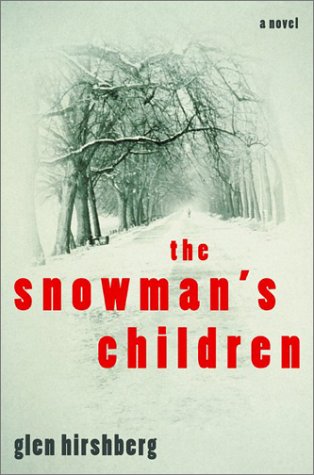 Hirshberg's first novel attempts a dark twist (even darker than usual) on the tale of a 1970s suburban childhood. In the winter of 1977, a serial killer dubbed "The Snowman" haunted a quiet Michigan neighborhood, preying on the town's children. Mattie Rhodes, who was 10 years old at the time and left town soon afterward, is now a directionless 27-year-old locked in a stale marriage. Unable to move forward with his life, Mattie feels compelled to return to his hometown to make sense of the past. As he attempts to reconnect with his old friend Spencer Franklin, the tragic story behind his departure is gradually revealed. Seventeen years ago, Mattie and Spencer watched their friend, the brilliant but troubled Theresa Daughrety, descend into madness, brought on not only by her encounter with the killer but by her mother's suicide and her father's overbearing presence. Mattie's reckless attempts to save Theresa spawned an unthinkable disaster. Hirshberg deftly uses hints of magic realism to depict the wintry landscape of Mattie's remembered childhood. Everything from children's names (Jon Goblin) to the games they play ("Murder in the Dark" and "Mind War") lends the book a sinister air of unreality. Hirshberg doesn't quite succeed in pulling off the sensational climax; the mysterious disaster behind Mattie's departure is implausible and unsatisfying. Nonetheless, his deft use of psychological suspense shows much promise. Though it's not as artful or subtle, the novel may remind readers of Jeffrey Eugenides's , another eerie, nostalgic coming-of-age tale set in the 1970s Detroit suburbs.