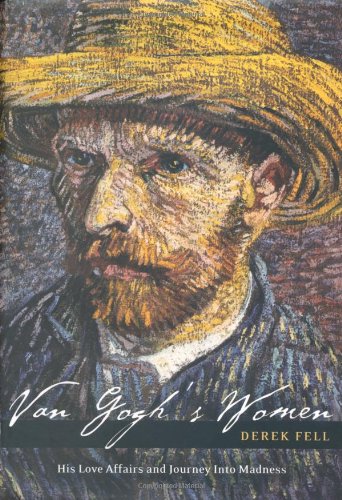 VAN GOGH'S WOMEN: His Love Affairs and Journey into Madness

While much has been written about Vincent van Gogh's close and complicated friendships with his brother Theo and the painter Paul Gauguin, comparatively little attention has been paid to the women in his life. In this pop-psych biography, Fell, who's best known for his garden photography ( ; ; etc.), uses van Gogh's extensive trove of letters to focus on the artist's relationships with women, particularly his sister Wilhelmina; Theo's wife, Johanna; his mother; and his various lovers, models and objects of romantic desire. Van Gogh's ill-fated early obsession with a widowed cousin betrays his fabled intensity; "while the sky becomes clouded and overcast with quarrels and curses, a light rises on her side," he wrote to Theo. His thoughtful missives to his aspiring-artist sister and his empathetic sister-in-law show warmer and deeper facets of his personality. Fell stretches his facts into conjecture at times, and he never lets up on his theory that van Gogh was permanently scarred when his mother named him after a stillborn older brother, as if the artist were a "replacement child." But for those who don't mind excess psychologizing and melodrama ("Since childhood, ghosts had starved Vincent of affection"), this book shines a novel light on a fascinating life.