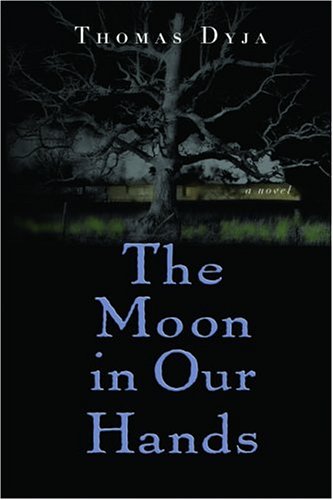 THE MOON IN OUR HANDS

Dyja ( ; ) turns his sights on rural Tennessee in 1918, and specifically on the fictional town of Sibley Springs, where "they lynched some colored." The man who was lynched, "a farmer,... had been strung up after a disagreement with three youths on the street.... Tortured first, then castrated, he'd finally been burned alive by the good people of the town." Walter White, a real historical participant in the Civil Rights movement of the day, is sent by the NAACP in New York to investigate. He is a fair-haired black man whose coloring and features do not betray his lineage. Though constantly fearful of being identified, White can easily pass for Caucasian—until examined by black eyes. His secret and his double life provide a fine tension throughout the novel and justify its many meditations on the significance of race. An articulate and congenial man, White quickly wins the trust of several town figures and learns of their roles in the lynching. However, the complexities of culture and character soon enmesh the idealistic young White so completely that he cannot bring himself to leave. His struggle to comprehend the townspeople, the South and himself is utterly convincing. The novel offers no easy explanations, but instead is driven by the ambiguities and contradictions of human nature.