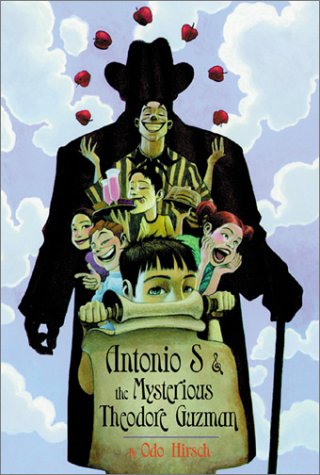 This comical, occasionally slapstick novel by Australian author Hirsch (; ) offers readers a glimpse of the work and serendipity required to pull off a theatrical performance. Young Antonio S, the son of a Houdini-esque father and a doctor mother, resides in a sprawling castle (along with several other families) that once belonged to a duke and brims with fanciful legends and secret passageways. The 10-year-old hero, a fledgling showman, "could hop backward in a perfectly straight line with his eyes closed and his arms folded in front of him, and he could tell whether a person had measles just by looking inside his or her mouth." When Antonio learns that his elderly neighbor, Theodore Guzman, was one of the greatest actors of his time, he undertakes to attract the man's attention by writing and performing a play called "Four Stories," which highlights an eccentric quality of each of his four friends ("You'd better get a part where someone has to eat a lot" says his best friend Ralph, known for his insatiable appetite). The play acts as catalyst in transforming these characters' misfit qualities into artistic strengths. Once Antonio and Guzman meet, however, the novel veers into a new direction and, despite the wisdom of the elder actor, many readers may regret that some of Antonio's peers are left behind. A light-hearted offering for aspiring thespians. Ages 8-12.